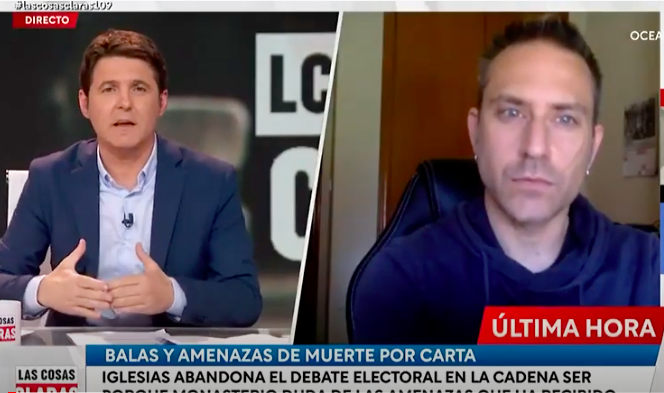 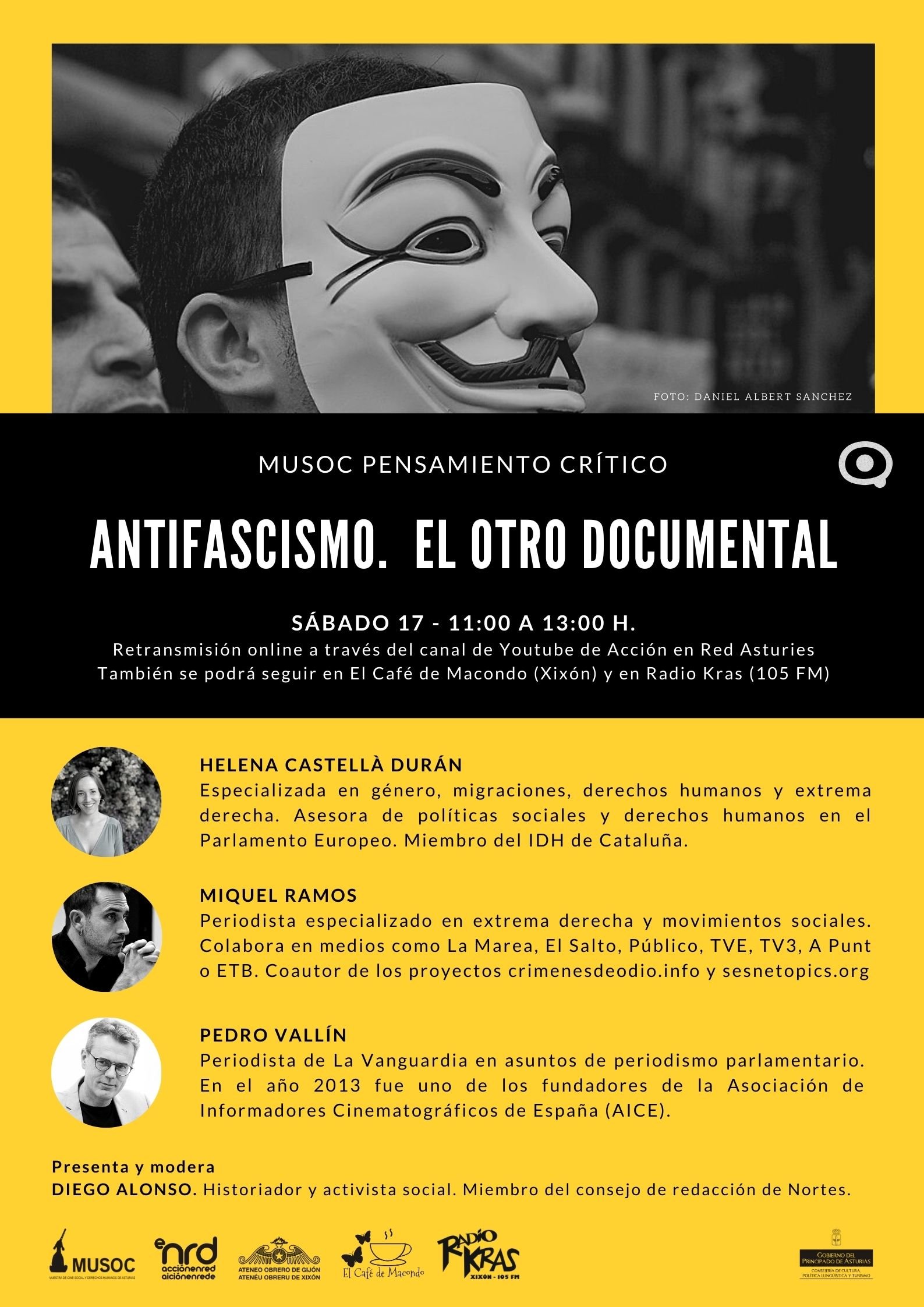 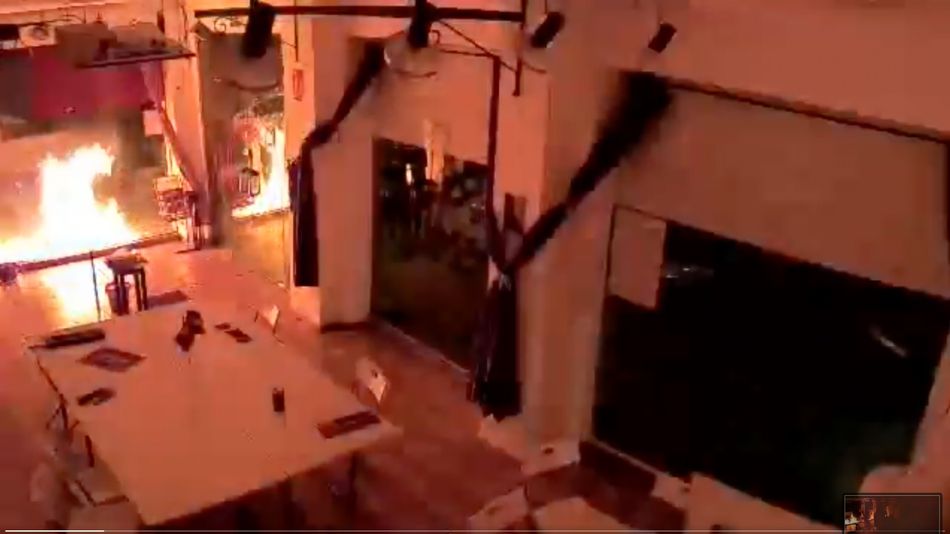 On Thursday night, the Murcia regional HQ of Spain’s Podemos party was set ablaze with a petrol bomb. The incident was the latest in a string of terrorist attacks against the Left — showing how the growth of the parliamentary far right is combining with the rise of a violent neofascist street movement.

n Thursday night last week, the Podemos headquarters in Spain’s Murcia province was attacked with a petrol bomb, in an apparent act of far-right terrorism. Security footage shows the device being thrown by an individual through a smashed window, with a blaze then starting inside the offices. The slogans “rojos [‘reds’]” and “dynamite Podemos” were spray-painted on the outside walls.

“The ultras’ street terrorism will not intimidate us,” tweeted party leader Pablo Iglesias. “Against those using violence and those seeking to whitewash such violence [we will insist on]: democracy, freedom of expression and social justice.”

But there was also a political context for the attack. Murcia is today governed by the conservative Popular Party, with the support of the far-right party Vox; hence Podemos spokesperson Pablo Echenique termed the attack “a natural consequence of normalizing hate speech in the parliament and among certain media outlets.” Local MP Javier Sánchez Serna noted that this was the third time over the last year that these offices had been targeted by far-right groups — with both the Popular Party and Vox refusing to support a statement condemning the previous vandalization of the Podemos premises.

In contrast to the sensationalist coverage of the street protests in defense of the jailed rapper Pablo Hásel in February, in which even minor incidents made headlines, the attack on Podemos’s headquarters did not feature on any of the Spanish newspapers’ front pages. Instead, El Mundo chose to lead the following day with a claim that Iglesias could have breached electoral law when he announced his candidacy for Madrid regional presidency from his ministerial office. A number of right-wing commentators (including ex-Ciudadanos MP Marcos de Quinto) even went so far as to claim it was possibly a staged inside job aimed at getting publicity — with the hashtag #selfattackpodemos trending last Friday.

That the Spanish media was so quick to accuse Podemos of inciting riots in February, only to then downplay the latest in a wave of far-right attacks, is no accident. For the country’s economic elites, as well as the broader political right, their principal adversary is the radical left — particularly now that it is in coalition government together with the center-left PSOE. The far-right street movement is emboldened — and the establishment is giving it a free pass.

The increasing presence of far-right groups was also dramatically highlighted in another incident last week, when Pablo Iglesias personally confronted a group of neo-Nazis who were seeking to disrupt a Podemos campaign event. Dramatic images captured the standoff between the five skinheads and Iglesias, who had that same morning stood down as Spain’s deputy prime minister in order to run in the Madrid elections.

The Podemos leader had been visiting a social center in the Madrid suburb of Coslada that had been attacked days earlier by members of Bastión Frontal, a group responsible for a string of violent assaults over the past year primarily targeting immigrants and members of the LGBT community. According to researcher Juan Francisco Albert, Bastión Frontal is just one of a number of neofascist groups that have formed in the wake of the pandemic. Others include Revolutio España, which gained national prominence after vandalizing a well-known feminist mural in the capital in the early hours of March 8 (International Women’s Day).

This growing network of grassroots neofascist organizations has a somewhat ambivalent relationship with the parliamentary far-right party Vox. According to journalist Miquel Ramos, “the constant media attention which Santiago Abascal’s party [Vox] receives . . . has managed to normalize a series of discourses” previously taboo in Spanish society — thus creating a more favorable terrain for such organizations to operate on. Yet if Vox’s openly xenophobic, anti-feminist, anti-left talking points have given wider visibility to the ideas these groups organize around, they reject its free-market economic agenda and elite credentials — labeling it as yet another element in Spain’s “partidocracia” (“party-ocracy”).

As a breakaway formation from the Popular Party, the historic governing party of the Spanish right, Vox, has never meaningfully embraced economic populism or succeeded in “channeling a more generalized antiestablishment rage,” as the likes of Matteo Salvini and Marine Le Pen have done elsewhere in Europe. According to left-wing MEP Miguel Urbán Crespo, its breakthrough instead has to be understood in terms of “a certain radicalization of the traditional Spanish right . . . around questions like Catalonia, immigration, [etc.]”

In this respect, Ramos sees the importance of these neofascist social movements in terms of “their capacity to bring together a great number of young people disaffected with conventional politics but not seduced by Vox’s posh, aristocratic image.” Inspired by neo-Nazi organizations in France and Italy, groups like Bastión Frontal combine social activism (such as distributing food in peripheral neighborhoods) with street violence and a constant flow of hate speech across social media. They also seek to project a clear “worker” identity, positioning themselves as the defenders of the patriotic, native working class.

“I think there’s no longer any doubt that fascism is ever more emboldened and present” asserts Juan Francisco Albert. “The rise of Vox and subsequently the pandemic have fostered and created groups of highly radicalized (and active) youths.” Even before last week’s petrol bomb, far-right violence has been on the rise. Incidents have ranged from a devastating arson attack on a social center used by left-wing groups in Castelló to clashes outside migrant centers in Madrid (instigated by Bastión Frontal) as well a wave of violent anti-lockdown protests and looting across the country last fall. There has also been repeated disruption of progressive gatherings by neo-Nazi groups as well as vandalism of targets associated with the Left, such as memorials to the Republican side in the Civil War of 1936–39.A false equivalence is repeatedly made across the press between left-wing direct actions, such as blocking police from carrying out evictions, and extreme-right violence.

None of this is unique to Spain; indeed, the country has so far avoided the type of large-scale far-right terrorist attacks that have been witnessed in many other European countries. Yet in a moment of intense left-right polarization in which the conservative media and reactionary elements within the Spanish state are intent on undermining the Socialist Party–Unidas Podemos coalition, the threat posed by the extreme right tends to get minimized, if not at times, simply dismissed. In particular, a false equivalence is repeatedly made across the press between left-wing direct actions, such as blocking police from carrying out evictions, and extreme-right violence.

Right-wing media and leading figures in the security forces have even been willing to indulge anti-feminist conspiracy theories peddled by the far right in order to attack the left-wing coalition government. Vox and other groups have repeatedly claimed that for ideological reasons the government decided to go ahead with the 2020 Women’s Day March despite being aware of the scale of the emerging pandemic — thus creating a super-spreader event. Senior figures within the country’s Guardia Civil (armed police), including its commanding officer in the Madrid region, had to be removedfrom their posts after a legal report containing numerous false claims and fabricated data was submitted to a judicial investigation into the affair. Yet even this came only after a news cycle focusing on the case put huge pressure on government officials.

A report last summer by the Center for Research on Extremism found that “far-right violence in Spain tends to be more organized than in the rest of Western Europe, especially when compared to countries with more frequent cases such as the United Kingdom and Germany, in which actors are more likely to be considered ‘lone wolves.’” The report also concluded that Spain was distinct from the rest of the continent in that the most common target for such violence remains the Left and other political opponents of the far right such as Catalan independentists — even if attacks on immigrants are on the rise.

Any counteroffensive to such organized and politically directed violence will have to take place on various levels. Most immediately, the Left faces difficult Madrid regional elections in May which could result in a hard-right coalition between the Popular Party and Vox. The far-right party is looking to take another step forward in its march through Spain’s institutions by formally entering regional government for the first time and potentially taking control of the education and interior briefs. The polls show the Right and Left blocs neck and neck; the turnout in working-class suburbs in the south of the region will be key to the ultimate outcome.

Yet beyond the electoral field, Miquel Ramos warns that if the Left “neglects the street” — and concentrates on the threat of Vox alone — it risks losing ground to the emerging neofascist movements. Spain is one of the countries hardest hit economically by the pandemic, with unemployment at 16.1 percent and eight hundred thousand extra people pushed into severe poverty over the last year. These extremist groups are clearly seeking to take advantage of this deteriorating situation, so as to build on the momentum they have gained over the last year. Faced with their rising presence in the streets, left-wing forces have to engage in renewed social organizing — and meet this threat head-on. 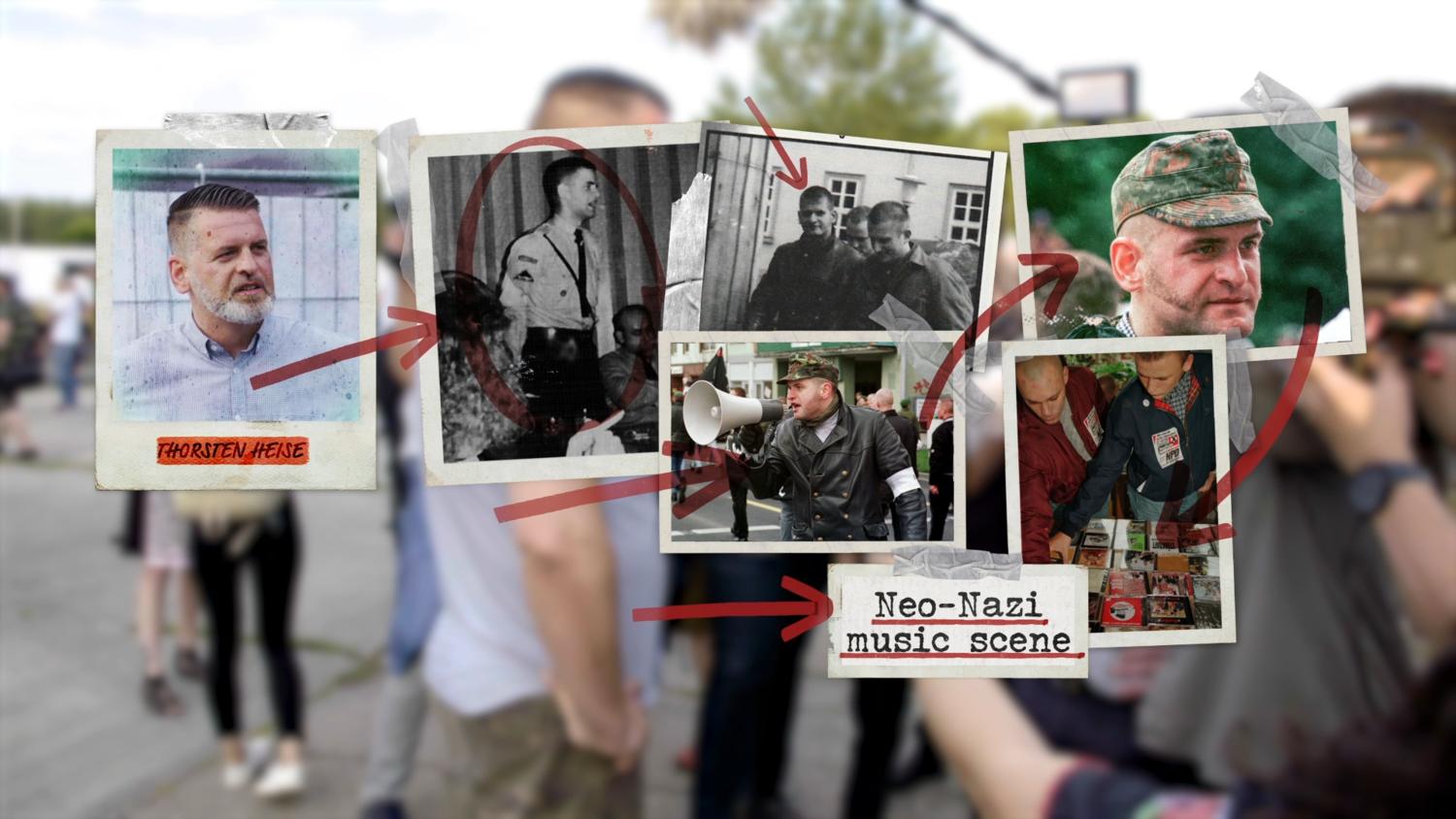